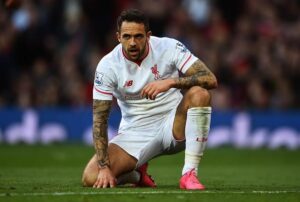 😇✍️#SaintsFC is delighted to announce it has signed striker @IngsDanny on a season-long loan, ahead of a permanent move next summer: https://t.co/dgsZXZMBxZ

Danny Ings has joined Southampton in a loan deal that will become a permanent £20million switch from Liverpool on July 1, 2019.

Danny Ings has completed his move to Southampton. Initial loan but #LFC have struck a £20million deal for him to join permanently next summer.
£18m guaranteed with a further £2m in add-ons.

Liverpool will receive £18m plus £2m add-ons plus 20% of any sell-on fee from Southampton for Danny Ings, who is on loan this season but has agreed a four year contract with his hometown club. Deal becomes permanent on 1 July 2019.