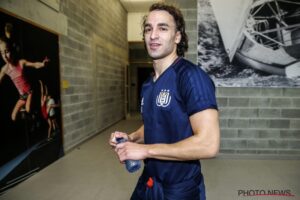 1. How good would you say that the belgian league is nowadays?
I guess the Belgian league has a kind of good level for being such a small country. Anderlecht didn’t do well in Champions League, but wasn’t easy in a group with PSG and Bayern. A lot of young players are getting their chances, at almost every club. Would say that we have a good league to develop as a young player

2. How would you describe the way that Anderlecht plays?
Anderlecht is playing nowadays in a 3-4-3, with their new coach Hein Vanhaezebrouck. He has had a difficult season at Anderlecht and probably won’t be champion, but it was a bizarre year. The club was for sale and was sold at the end of 2017. But the new owner only started few weeks ago (Marc Coucke, one of the richest persons in Belgium), so during the transferwindow in January Anderlecht couldn’t spend any money unless players were sold. So a lot of youngsters got their chances and football is getting better, but Bruges is too far away and will be champions.

3. In what role has Markovic been used? How has he played so far? Has he been a good signing for Anderlecht?
Markovic is playing as one of the three strikers in the 3-4-3, mostly on the right. It took a while to get him into shape after he didn’t play a long time, but last games he played and was always one of the bests. You see that his level is too good for Belgian League, but he also was injured a few days after a game, so guess it’s mostly a physical problem with him and not a quality problem, cause he is playing good. So he was a good signing, fans hope he can stay next season so he can have a full preparation once.

4. There are many great players from Belgium in the Premier League, are there any interesting players in your league now who you think will follow in the footsteps of De Bruyne, Hazard, Lukaku?
Now in Belgian League not so many interesting Belgian players, some really young talents but too soon for England. You have Leander Dendoncker of Anderlecht who will probably leave this summer, maybe direction Premier League. Normally he will be in the selection for the WC of Belgium, as he can play midfielder/defender. Last year Tielemans went from Anderlecht to Monaco for 25 million euro, think he will join Premier League sooner or later