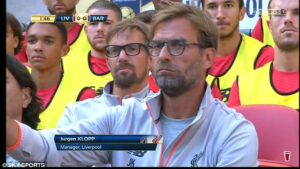 JP: “Alisson was the No 1 target but Roma’s asking price and the keeper’s desire to join Real Madrid means those hopes have faded. His future will become clearer once Brazil are no longer in the World Cup.

“I’m sure a lot of work is going on in the background. Liverpool have been linked with a whole host of alternatives but I’m told there’s nothing in talk of making a move for either Burnley’s Nick Pope or Lazio’s Thomas Strakosha.”

Is Jurgen looking for an alternative for Fekir or is he sticking with Fekir? Do you think Klopp could go into the new season having not signed an obvious Coutinho replacement?

JP: “Liverpool insist they have moved on from Fekir but sources close to the player still believe a deal could be revived. His heart was set on Anfield and Lyon are clearly still keen to cash in.

“Having decided that £53million was too big a risk due to concerns over an old knee injury, I’d be surprised if Liverpool went back in for him.

“I still expect Klopp to sign a Coutinho replacement in this window but as we’ve seen with the left-back and the centre-back situations in recent years, if he can’t get exactly what he wants he’s prepared to wait.” 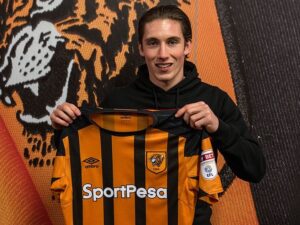 Is Harry Wilson going to get a chance next season or will he be sold or loaned out?

JP: “I’m really looking forward to seeing how Wilson does in pre-season. With Salah and Mane not involved in those early friendlies, it’s a great opportunity for him to carry on where he left off during that loan spell at Hull.

“Of course there’s a big difference between shining in the Championship and delivering at the top end of the Premier League but Wilson is a big talent. He knows the coming month will be crucial for him in terms of proving he commands a place in Klopp’s plans.”

Is getting a centre-back still a big priority this summer?

JP: “Not that I know of. Klopp was delighted with how Van Dijk and Lovren established a partnership in the second half of last season. Matip is also close to full fitness after his thigh injury.

“Gomez is on the comeback trail and I’d expect him to get some game time at centre-back in 2018/19. Then there’s Klavan, who is about to enter the final year of his deal.”

Any chance of seeing new signings come in the door before the World Cup is over?

JP: “As nations are knocked out of the World Cup, I think we’ll see business start to happen again.

“Everything has been on hold since the tournament kicked off. National team bosses were never going to allow club futures to be decided once the World Cup kicked off.” 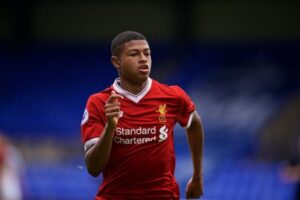 Does Rhian Brewster signing his contract mean that Klopp no longer needs to sign a back-up striker?

JP:“Klopp doesn’t want to block the pathway for Brewster, who will be elevated to the first-team set-up once he’s fit, which is likely to be late August/early September.

“Liverpool are in the market for an attacking midfielder as they still haven’t replaced Philippe Coutinho. However, I’m not aware of Klopp looking to buy a central striker.

“Obviously, Firmino is the No 9 and as it stands he’s got Solanke, Ings and Brewster as back-up. Sturridge is set to leave and Klopp has a decision to make on Origi in pre-season.”